What a difference between Kurnell today and the sweeping sand dune country that we saw in 1938.

The sandhills of north Cronulla/Kurnell stretched for about 250 miles and provided a convincing stand-in for the Sinai Desert. The ravages of sand-mining and landfill operations, 4WD driving and horse riding have since reduced them to a small area used today for fitness training.

“The men were in the saddle at 3 a.m., waiting for the dawn shots Chauvel wanted. The sky was overcast and a slight drizzle began, filling Charles and Elsa with apprehension. These sand dunes, with their shifting shadows and wind-tossed crests, seemed to embody all Charles’ hopes for the film.”

“The horsemen milled about in the dawn light, silhouetted against the sky as they formed their lines and rode softly along the crest of the dunes. Long lines of mounted men made new shadows on the pristine sand, as they circled the dunes or ploughed over the top, the horses’ hooves sending up plumes of sand. They were re-enacting the movements of former Anzacs in Sinai, who had been keenly aware that they were following an historic route, with maybe the ghosts of earlier armies.” 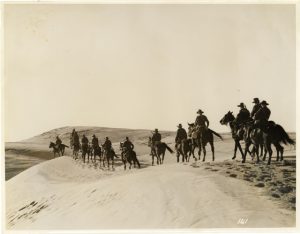 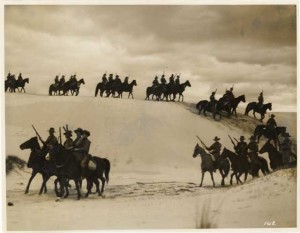 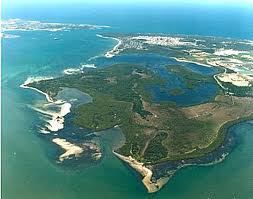